If you are looking for a scenic setting to enjoy a picnic lunch or just want to take a stroll and observe the natural surroundings, Cooter Pond Park is the place. The park, featuring a boardwalk, scenic overlooks and picnic areas, is within walking distance of government office buildings, the downtown historic district and 1912 Historic Courthouse.

Home of the Cooter Turtle & More

Besides housing the namesake cooter turtle, lurking among the reeds and supports for the boardwalk alligators can be found ranging in size from 4 to 7 feet long. Though there is not an exact count of how many live in the pond, the reptiles are often spotted cruising the waters looking for food, their head and snout the only thing visible as a wake trails behind it.

There are numerous fish in the pond, including small bass and bluegill. When visiting the pond, you're almost guaranteed to see any one of several species of birds, including storks, egrets and herons.

Legend has it, lurking at the bottom of Cooter Pond, are railroad cars lost in a 1930's derailment. At the time, the Atlantic Coast Line (ACL) railroad operated between Floral City and Dunnellon. According to Albert Johnson of Inverness, quoted in an Ocala Star-Banner article, his grandfather told him a flat car and several box cars, loaded with canned hams and women's apparel derailed, and that "many town residents lined the banks and dove in" trying to retrieve items; however, a large alligator inhabiting the water scared off the treasure seekers.

Other news articles reported automobiles on the rail cars, with some claiming to have seen wheels and axles when the water was shallower. To date, nothing has been recovered. According to an ACL spokesman quoted in the Star-Banner story, the last-known derailment in the area was in 1942; no records existed earlier than that. The ACL rail line since merged and is now part of CSX Transportation. The rail track bed now accommodating walkers, joggers & bicyclists has become an integral part of the Withlacoochee Trail. 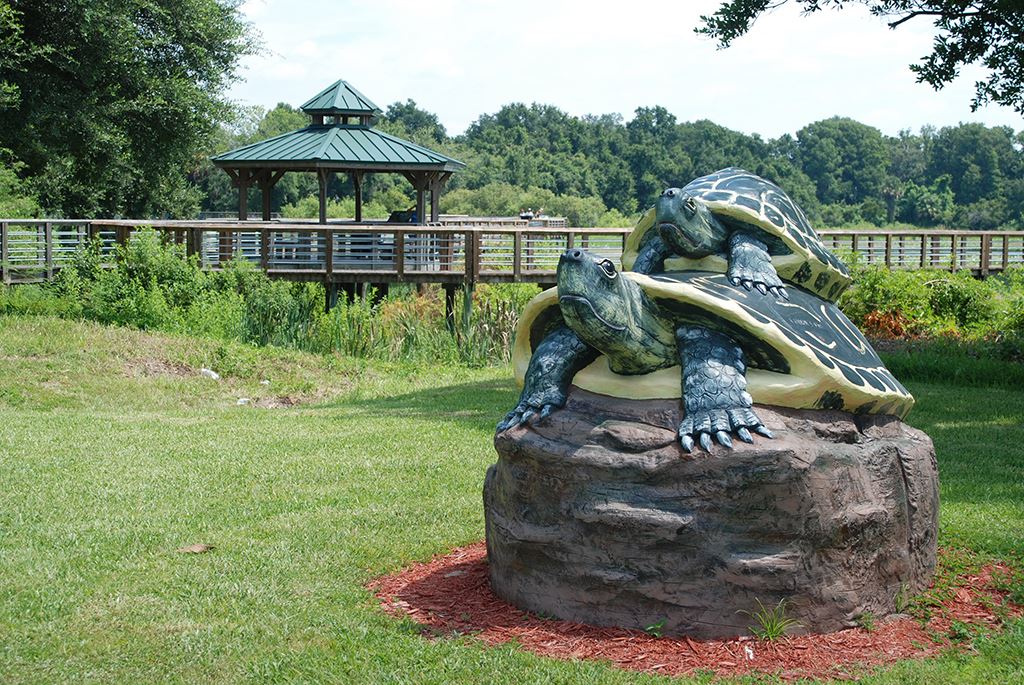